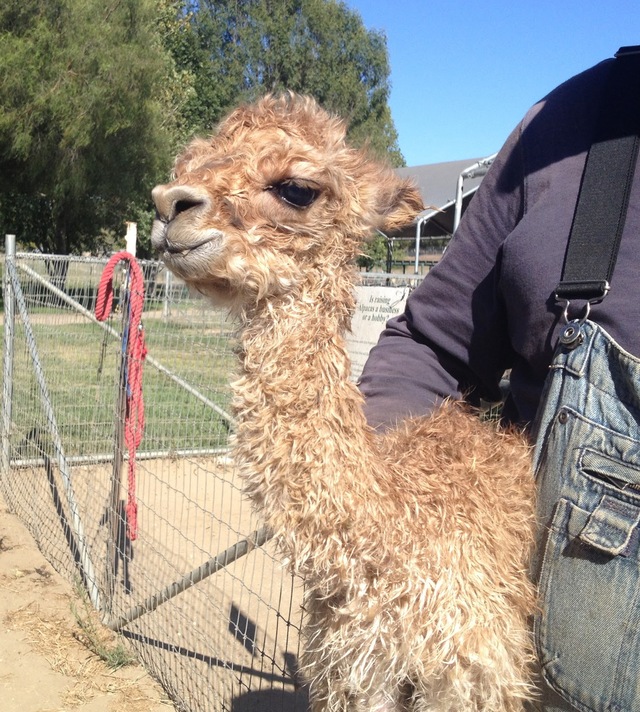 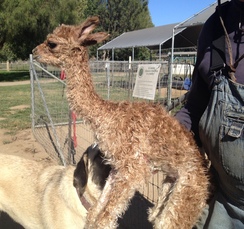 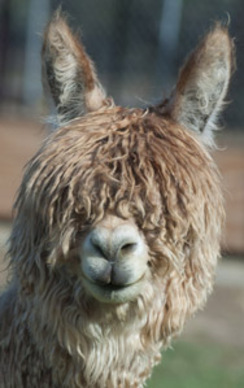 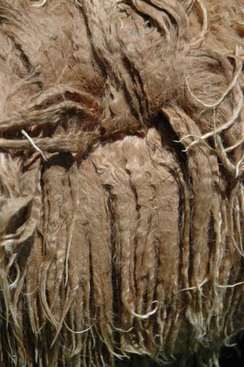 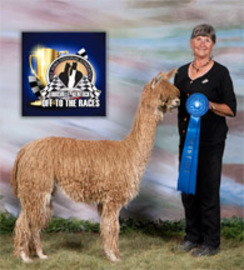 Yesterday our "baby" had a baby! it's kind of like being a "grand-paca". Sometimes, there is just one cria that is particularly special, and this one is that special one.

First, she is a SHE, which in itself is out of the ordinary these days. We've been on a BOY STREAK for several months now. They are nice boys, but they have been….boys. If you've ever had one of those years, you know what I'm talking about.

Second, she is Moulin Faon's first cria. AWH Moulin Faon has been my favorite alpaca since the day she was born. Her daddy is the incomparable Pperuvian Torbio. That's almost enough right there. A Torbio girl. So by defintion, she is lustrous, dense, silky, curly, and gorgeous. Next, her mama is Whirligig--one of those adorable girls who stays that way even into her later years. And then there was the day she won the coveted "Best Head" award at the International Alpaca Odyssey in 2012.

Third, she is Vortex's first daughter, and his fourth cria. I remember when we wondered if Vortex would ever get to 50 lb, and now here he is pumping out a Get of Sire to be proud of! With fleece like his on the daddy side of the pedigree, there's little doubt about what he will produce. It's only a matter of color and gender, now.

Fourth, she has all the luster and density and silkiness of both parents, and has an adorable head as well.

But what makes her special in a "special" way is the genetics that run deep into my history as a breeder.

Not every alpaca we've bred has been a champion, but most of them have been in the ribbons-- even though we uphold a NO GROOMING standard in the show ring against others who don't. Not every alpaca has been beautiful, but most of them have had traits we liked. But this girl has taken all the best pieces of everyone who is in her pedigree……. Torbio, Matilda, Whirligig, Flicka, MacGyver, Sargent Pepper, Belmonte, Curra, Luster King …….. it's a Who's Who of where I've been, breedings paid for, our studs, who we've bred and who we've owned. This little girl IS my breeding program. She's a special kind of special.

You probably know what I mean. You probably have them, too. But I just had to share. Thanks for listening. I hope you will come meet her. Hopefully she'll have a name by the time you get here.