Alpacas and the Super Bowl! 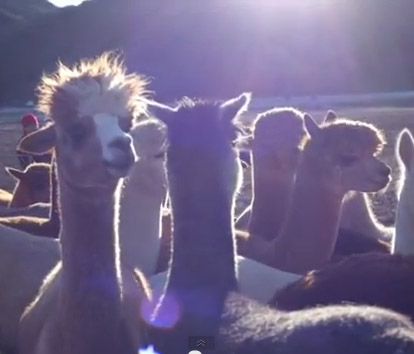 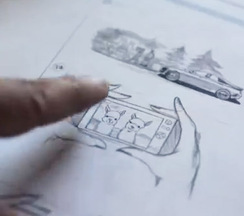 Alpacas are popping up everywhere on TV these days. They're becoming a household word!

- Stanley Steamer had them in a living room.
- A sit com had them in the back yard with a swing set.
- And now, Lincoln-Continental has them on the commercial they made for the 2013 Super Bowl!

In December a "location scout" came out to Windy Hill to see if our ranch would be suitable for a commercial he was putting together for Lincoln. He took some pictures and we chatted in the rain for a little while, but when I didn't hear from him, I figured that there was not enough interest from the producer to put it here. Then last week, my friend and nearby rancher, Leslie Warren of Rancho Keleje Alpacas, told me they had rented several of her huacayas for the Lincoln commercial. She even made a little money for the rental!

I just looked up the pre-commercial on YouTube and you can clearly see the alpacas on the short film. Now I can hardly wait to see the real commercial! When I find it I will try to remember to post the link. In the meantime, here is the final week record of the Lincoln Continental commercial shot for the Super Bowl--complete with alpacas!!