It's a Doggone Beautiful Day in the Neighborhood 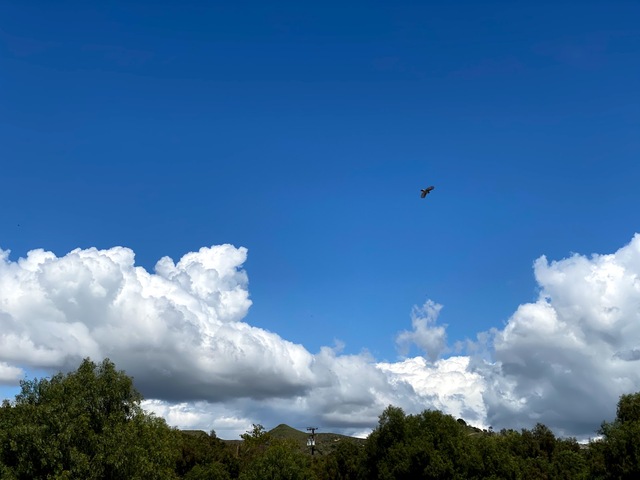 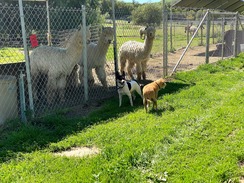 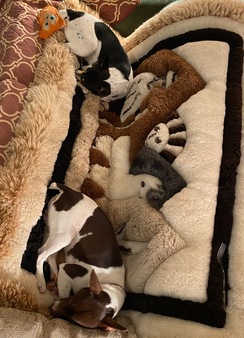 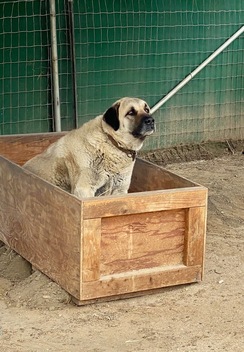 Molly girl in a feeder box 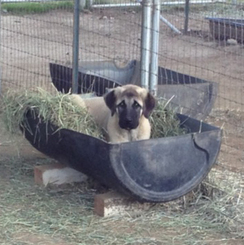 Have you ever seen such a sky! Real puffy clouds with no suspicious streaks running through them! Hawks (and ravens and turkey vultures) soaring, all sorts of smaller birds chirping and trilling and warbling, tractors humming on the other side of the ranch, an occasional car making its way down Bradley Rd. Yesterday we had quite a few people just out for a drive in the country with their kids stopping along the road to watch the alpacas for a few minutes. There's hardly any traffic on the road right now-- pretty peaceful. The usual traffic is at 7 am and 5 pm--we are the "back way" to Santa Paula, Fillmore, and Moorpark.

The little dogs got to come out to the ranch today. Kallie and Pixel romped from pasture to pasture asking the alpacas silly questions like, "Have you seen any squirrels today?" Actually, that was Kallie. Pix is just interested to see if a raven dropped an avocado somewhere.

The night before, Klick and Kallie expressed their undying love for alpaca blankets. It usually doesn't slip that far off the back of the couch, so they took advantage of the moment. It was kind of like one of those hidden picture puzzles... can you find the rat terriers on the couch?

The Anatolian is a noble beast. Molly is a great representative. I don't raise Anatolians, but I have always had them as LGD's (livestock guardian dogs for those of you not familiar with the lingo). She is formidable by night (don't be a coyote!), but by day she takes a more passive approach to guarding. Lately, she has been specializing in feeder boxes.

It's plain to see that she got an early start in this endeavor. A girl has to sleep sometime!

She also seems to know the value of really good hay. Besides, tarps are nice and warm on a cloudy day. We are in the process of putting up a more substantial hay cover. I'll post a picture when we get started with it. Meanwhile Molly has it well in hand.

What parts of ranching are you curious about? What would you like to see on this blog? Leave you comments below. We aim to please. (be nice, now)
Featured Items 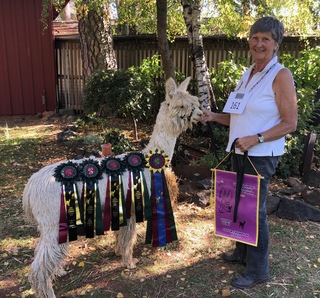