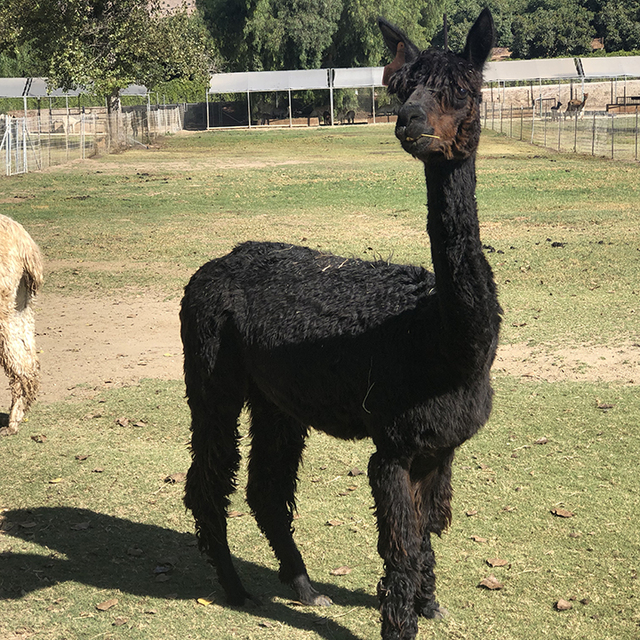 Sire: BellBorne's Above The Law

Above The Law is a beautiful full Peruvian maroon male out of The Outlaw Jax and our beautiful maroon dam Toni's Peruvian Putina. Above The Law is a stretchy male and has excellent conformation and show-ring presence. He has an awesome head with great coverage. His fleece has great density and consistent lock definition throughout with lovely luster. His dam, Toni's Peruvian Putina has produced stellar offspring and won first place at MAPACA as well as first place in several fleece shows. Her ...
More Details
| AOA# 30502222 | Medium Brown
Dam: MacGyver's Lady Keana
|
30671485<--ari-->Bay Black<--color-->
Service Sire: Sierra Bonita's Maccoyo Maximum 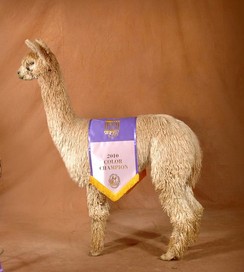 SIERRA BONITA'S MACCOYO MAXIMUM (MAX): In 2010 Max took the Color Championship at The Futurity as the only shorn animal that had taken a Championship when judged with Full Fleece animals. He has been said to be the Total Suri Male by 7 Judges. His offspring have proven that the Judges are right. His offpring have uniform locks, lots of luster and are very dense. At the Calif Classic 2014 he had 6 offspring entered into the show. Five got 1st place ribbons and 1 got the Color Championshi ...
More Details
| AOA# 31422130 | Light Fawn
Ask For Price
Ask seller a question
Details
Certificate
BRCR's Princess Keelie is a tall, elegant, full Peruvian black female. What a striking beauty! And she reproduces herself with all the bells and whistles the herdsire provides. Her color is even and her fleece has lovely luster.

Keelie has given us 2 beautiful daughters since her late start into her breeding career, 1 black and one fawn with dark undertones. We are so pleased that we have decided to share the wealth. Princess Keelie will add stature and grace to your herd, as well as lovely fiber.

Princess Keelie is bred to Sierra Bonita's Maccoyo Maximum for a summer 2021 cria.. She is also eligible to board with us until you are ready to take her home Come and meet her!
Purchase Terms 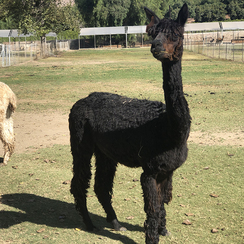 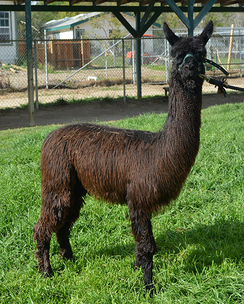