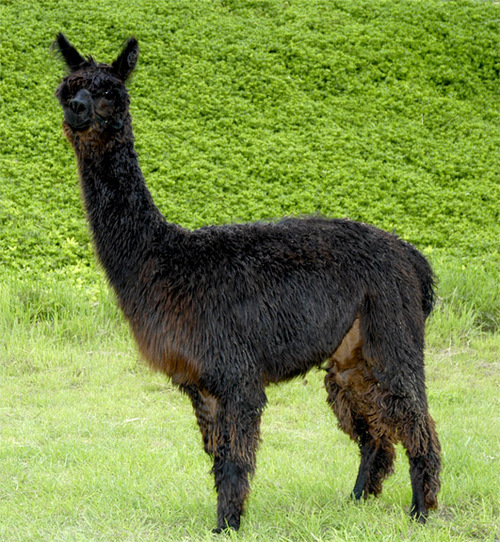 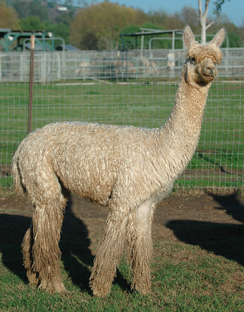 Ask a question
Details
Certificate
Cleopatra-- the name evokes visions of exotic beauty and mystery. Our Cleopatra is a bay black beauty with dignified stature and twinkling eyes. She has produced only suri crias-- a good track record.
Cleo’s sire, Sinchilla’s Blackmail, was a multiple champion in the show ring. After breeding only 4 times, Blackmail sold for $80,000 and moved to Canada. That means that Cleo is only 1 of 4 Blackmail offspring in the US!

Cleopatra comes with her 2012 male cria by Pperuvian Torbio, one of the darkest we ever got. His fleece is beautifully locked and silky, and his frame is sturdy and square, just as you would expect from Torbio. This cria has Daddy's classic beauty, suri style to beat the band!

Cleo's best crias have always come from strong Accoyo sires. This year she is carrying one of the first crias by El Dorado Accoyo Rubicon, one of the newest El Dorado full Accoyos to appear on the breeding scene. We expect to get color again, and more of those amazing Accoyo traits infused with it, in this cria due next July. Don't miss it!
Purchase Terms